Groundwater level is the only widely monitored hydrological state variable and Australia has over 15,000 active monitoring bores. The data is primarily used for graphical hydrograph analysis and occasionally for groundwater model calibration. However, the data could potentially be used to inform regional subsurface and runoff processes and we argue that these opportunities have not been met; possibly because of the low frequency and sparsity of monitoring, hydrogeological and forcing complexities and groundwater level data being first and second order non-stationary over space and time. To realise some of these possibilities, herein advanced space and time statistical methods are presented and applied to map the water-table elevation across Victoria from 1985 to 2014.

In applying the methods, water-table maps were produced for all of Victoria for each month from January 1985 to June 2014 (example below). The maps show complex surface-groundwater interactions, with the connection changing along reaches and over time. Additionally, regions are identified that were most severely impacted by the Millennium Drought and those that, by 2014, were yet to recover. In summary, our groundwater statistical tools open many opportunities for data-driven insights to regional groundwater dynamics, but many challenges remain. 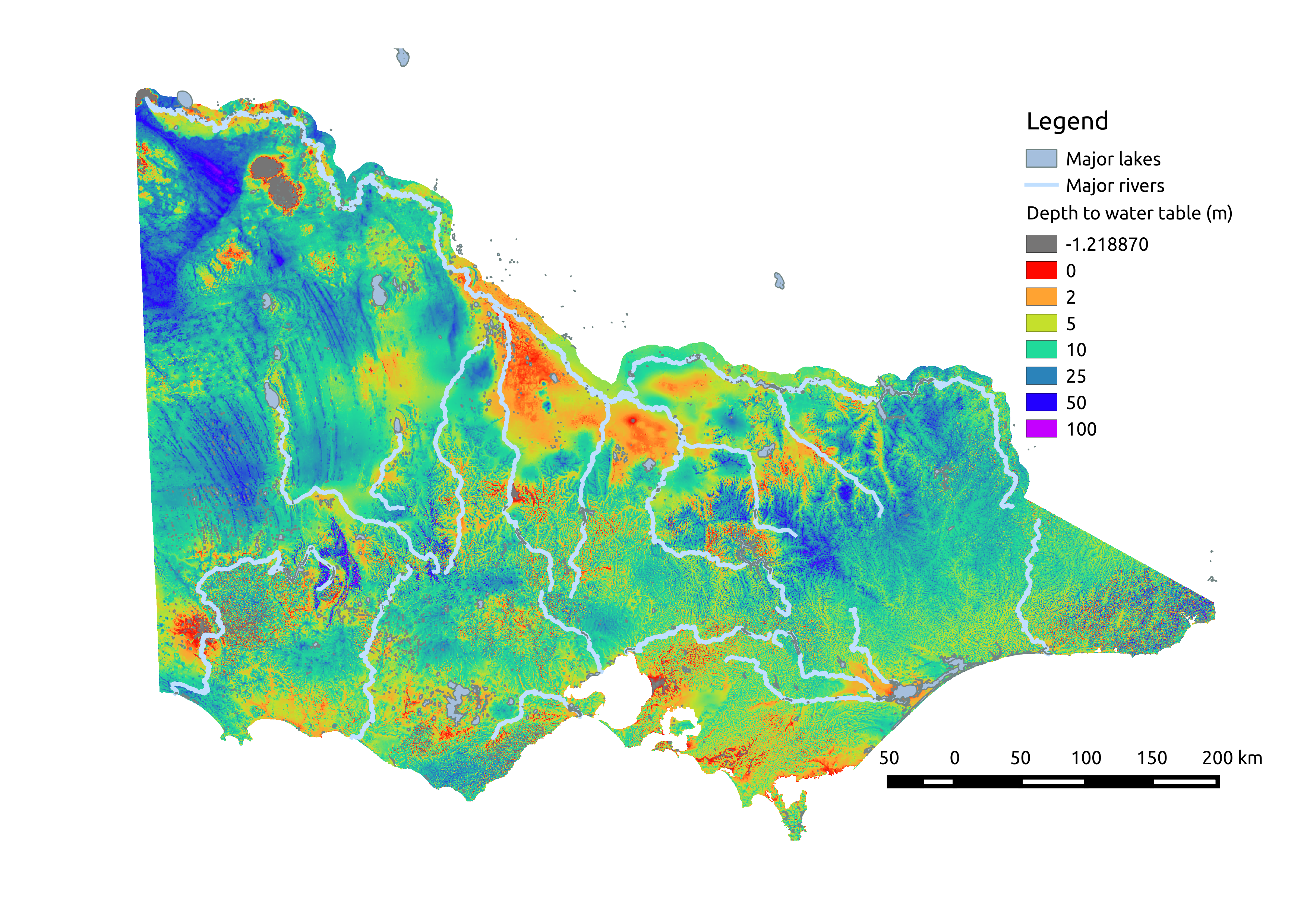